"NOTHING IS IMPOSSIBLE TO GOD"

After several years of waiting, Pope Francis appointed a new Bishop for the Diocese of Tambacounda, Monsignor Paul Abel Mamba. 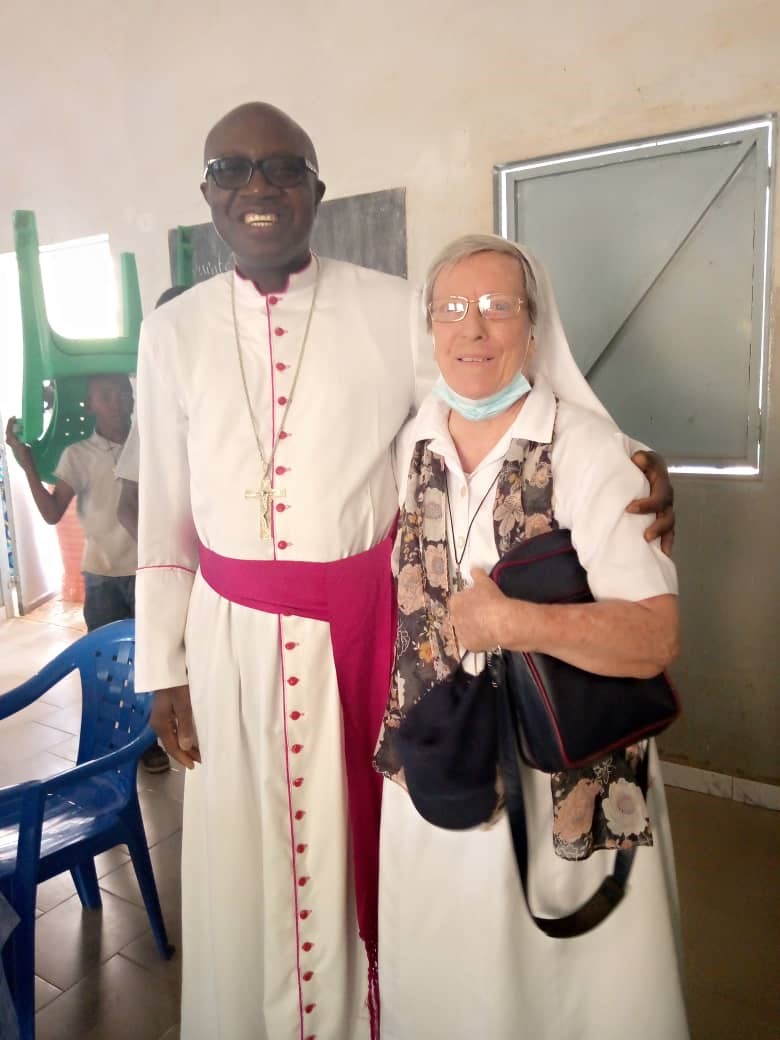 The new Bishop of the Diocese is not unknown to the people of Tambacounda. He had worked for 15 years in Tambacounda as a Fidei Donum priest. He had fulfilled many responsibilities and taken on a number of pastoral duties. He was director of the junior seminary, chaplain, procurator etc...After the resignation of Bishop Jean Noël Diouf in 2017 after 28 years of service, Pope Francis appointed Bishop Jean Pierre Bassène, Bishop of Kolda, as Apostolic Administrator of the Diocese of Tambacounda. 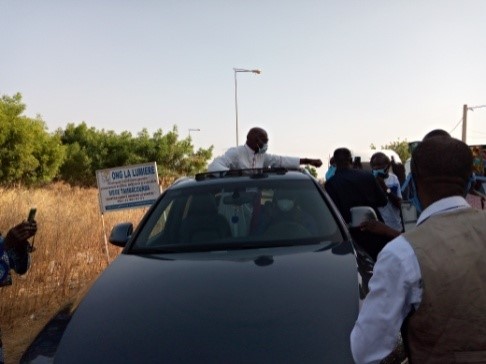 Appointed on the 4th of November 2021, Bishop Paul Abel arrived in his new Diocese on Saturday 5th of February 2022. He had a great welcome at the entrance of the town ; the people expressed their joy with songs, dancing and applause all along the roadside.
The administrator and the spokespersonof the Diocese, as well as the priests, the religious (men and women), the christian community and other people from different denominations who knew him when he was working in the diocese, were present at the event.
He was then led by a procession of cars and motorbikes to Mary Queen of the Universe Cathedral for a time of prayer and adoration in front of the Blessed Sacrament. At the end of the prayer, the new Bishop of the Diocese of Tambacounda addressed the congregation.

The day ended with a cultural programme organised in his honour at 9pm, in which the seven ethnic groups of the Diocese took part.

On the following day, Sunday 6th February 2022 at 10am, the solemn canonical Mass was presided by the Apostolic Nuncio, Monsignor Michael W. Banach, surrounded by other concelebrants, bishops and priests. 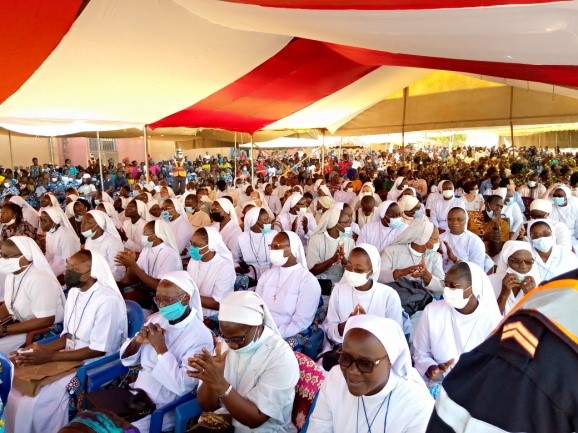 During the mass, the papal bull of the nomination of Bishop Paul Abel Mamba as Bishop of Tambacounda was read. After the reading of the bull, the Apostolic Nuncio addressed both the administrator and the new Bishop. He thanked the former for the service he rendered to the Diocese of Tambacounda during the time of vacancy of the episcopal see. The new Bishop was reminded of the words of Pope Francis: « the shepherd should carry the smell of his sheep, be a man whose interest is focused in God, showing to people the way to faith, hope and love. » After his exhortation, the Nuncio proceeded with the installation ceremony of the new Bishop.
In his homily, the new Bishop began with the following sentence: "From now on, you will catch men," said Jesus to Simon " referencing the story of the encounter and the call of the first disciples.
Bishop Paul stated « In the midst of all human journey, we experience the greatness, the mercy and goodness of God, which is renewed every day » . He urged the clergy and the people to be cooperative and willing to embrace with joy the mission of Christ through their new Bishop ; to learn to let the grace of openness work in them in order to participate in the mission of God for our time, because He is the only One who could help us to overcome our difficulties. We become his instruments if we entrust our lives to Him. He expressed the wish that this Eucharist would renew everyone in their commitment to Christ like Peter and his companions. 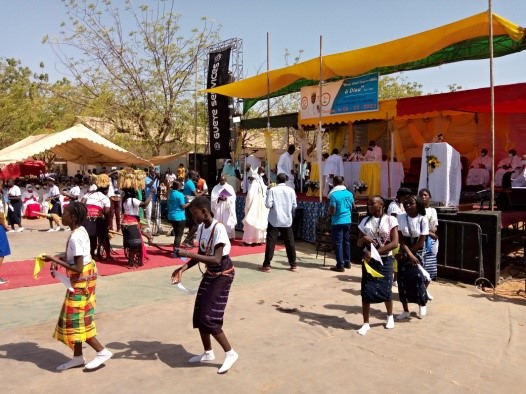 There was a series of addresses before the end of the mass, which began first with the director of pastoral ministries who spoke on behalf of all the Catholic groups present in the Diocese. This was followed by an address from the administrator, and the spokesperson of the Diocese. The Governor of Tambacounda region took the opportunity to address the new Bishop in these words: "the Republic of Senegal and the different regions expect three things from you: wisdom, commitment and piety in order to fight against injustice".
After the governor’s address, the new Bishop thanked all those who had come to support him in his new mission as Bishop of Tambacounda. Its a blessing for the Diocese of Tambacounda to have a new Bishop who is well known to the Diocese already, having worked with so many people like priests, religious communities, state authorities, Christian families etc...After the mass, the guests were invited to a reception organised for this event. 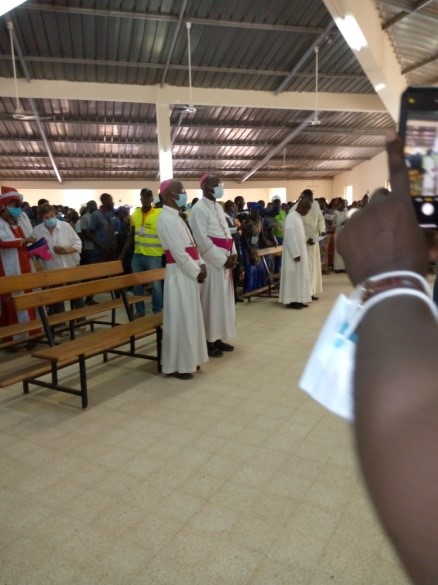 We wish every blessing to the new Bishop of the Diocese of Tambacounda.
Marie Pitie