Keeping the Topic as “Defending Freedom and Religious Minority Rights” an International Webinar was held on 30 August 2021 to mark a Communal Violence known as Kandhamal Violence, erupted 13 years back in Odisha, Easter India. It was organized by the Justice Coalition of Religious North & East India (JCoR)
with collaboration of the Survivors of Kandhamal Association, priests and nuns working in Odisha. It was to show solidarity for those who have been targeted for their faith. More than 100 participants’ attended both national and international. Adv. Sister Justine Gitanjali Senapati SJA, the convener of the Webinar welcomed them all. She stated that "Religious extremism and hatred towards religious minorities in India and elsewhere is on rise. As an
antidote to these, mutual tolerance and working for the promoting of their rights, dignity and justice should go on. “In this regard we religious leaders and others have a greater role and responsibility for defending their rights, justice and dignity", she said. She painfully recalled the diabolical and planned attacks on Christians in Kandhamal, in two consecutive years 2007 and 2008, barely after eight days of Independence Day celebration. It was the biggest in the history
of India in last three centuries.

“Over a night 395 churches and worship places which belonged to the Adivasi and Dalit Christians were burned down. Around 6,500 houses were destroyed. More than 100 people were killed. Over 40 women were raped, molested and humiliated. Around12000 children’s education was disrupted. Several educational, social service and health institutions were destroyed, burnt and looted. More than 75,000 people have been displaced“said Sister Justine.

His grace Rt. Rev. Naranjan Sualsingh, Bishop of Sambalpur, reiterated saying, "that the people in the hierarchy in Kandhamal could not tolerate Dalits and Adivasi, when Christianity gave them confidence and freedom,and recognition. So the violence was an attack on their religion and God".He also challenged the participants saying, “We need to defend their right to religion and let us not be afraid of doing this. We should stand together to defend their freedom and rights. Human dignity, religious freedom and justice are dear to all. Sadly, the weak are disproportionately crushed by the powerful in places like Kandhamal and different part of our country”.

Fr. Ajaya Singh, a Chatholic priest of the Archdiocese of Cuttack-Bhubaneswar recalled sadly the horrific incident of the nun gang raped in his office during his Directorship of the Social Wing of the Archdiocese known as Jana VIkas in Kandhamal District. He expressed saying “the Struggle for justice for religious minorities goes on and we should never forget the cry of the Kandhamal Violence. There shouldn't be another Kandhamal anywhere in India.

A Survivor widow, Kanakarekha Nayak’s claimed saying, “Can the government bring back the life of my husband, Porikhito Nayak, who was cut into pieces during the violence? Can the Constitution guarantee the right and safety of me and my children?” "The violence broke out in my life, in our houses but it is haunting me day and night till today. I feel helpless but I am not alone, all victims suffer together. The meagre help is nothing to me and us who have become subjects of injustice. Let such violence happen again in any part of the world", expressed painfully.

In India, religious minorities, a number, a population is important in the democratic process, said Professor Viriginius Xaxa. The religious minority are excluded or denied or deprived of certain rights, privileges that society largely enjoys. It affects their status, respect, income, power. They are suffered in a certain occupation. They are pushed to be stereotypes, savages, and primitive. This way deprivation takes place. In the course of history, they have become vulnerable as marginalized people despite 75 years of independence.

Christianity enabled Dalits and Advises in terms of education and employment. This is not enough because this has not translated into equity. Space for minorities is shrinking in economic liberalization. The kind of politics we have today, from the dignity of life, they have entered to an old social order in which they are into exploitation of dignity. Invariably, we need to have movements and fight peacefully. There is a need to have in terms of participation and affirmation. Sadly, religious minorities are struggling to access the legal system to fight for rights and dignity.

In this case, Church and civil society groups come into the picture. Many are paying the price for championing the causes of Dalits and Adivasis. Working for the marginalized is dynamics for dignity, land, forest, employment and participation has to be addressed. It is high time to give support to religious minorities to empower them. We need to be introspective and create new avenues for participation and empowerment, he challenged.

Professor. Apoorvananda Jha enlighten the participants on Democratic Freedom & Minority Rights. "We are witnessing today in India is the unfolding of fascism so, we have to resist it. What can be reversed is yet to be seen.

What happened in Kandhamal 13 years is an organized pogrom. What we are witnessing is daily attacks on Muslims—lynching, physical and virtual attacks on the Muslim community. Online attacks on educated Muslim women continue unabated". The media do talk about the anti-Christian conversation laws. Hatred against Christians and Muslims by Hindus began due to jealousy of education and development done for them. Unfortunately, the forces of fascism involved in violence are now in power. They have penetrated into every facet of governance, public institutions, including media and judiciary.

He braved the group saying, "Organize all minorities’ communes’ together and mobile international opinion, to look at India. We must keep what is happening in MP, Indore, in many parts of India. The government is trying to discipline the activism of minority groups. We need to resist the hate machinery of fascism. It is a huge task for all".

Sr. Anjali Nayak, CSST shared her faith journey of the aftermath of Kandhamal. "We were hunted by the mob and it is unspeakable", she recalled painfully. "After the riot, I questioned, why did it happen? Is it because we are Christians?” It took months, to come to terms. She said "it has strengthened my faith life to work for the poor. My challenge is to how to educate poor girls, and listen to the stories of people". Her message to other women victims to Awake, Arise and Act for the persecutions of the marginalized all over the world. She encouraged them to be empowered and to be strong women and raise our voices for the cause of justice. To be united to rise from our slumber and fight against violence of any form & any people. Men and women should be treated, honored and respected equally. She emphasized saying, "we need to fight for our rights, justice and freedom".

Miss. Teresa Blumenstein (Coordinator of the Justice Coalition of Religious, New York) informed about the Presence of Religious NGOs at UN & their involvement with the Margin and how they work for Global Transformation at the UN and around the World. Justice Coalition of Religious (JCoR) works for shared Goals for SDGs. Political spaces for cavity society and religious minorities, ethnicities are becoming smaller. We need to make use of available spaces for the common good. Organize collective conversations and dialogues with religious congregations around the world for marginalized groups. Addressing Issues of Mass Conflict, Mr. Budi Tjahjono (Geneva based NGO) elucidated the accountability of the Indian government’s non-action towards persecution is worrisome. India as a State has ratified several international human rights norms, but it often fails to implement them on the ground. It should not only do so on paper but in reality. India needs to act against the State actors the non-actors who violate human rights and freedom of religion. There are many gaps in the way India adheres or implements international human rights norms. India failed to protect religious minorities. India's government does not speak about how in reality minorities are protected despite several legislatures are enacted for the same. Like other countries, India has to take steps to curb the targeted communal violence, which is a real threat to the right to life. The cycle of violence is repeated. India continuously fails to protect religious minorities, despite UN and other international bodies, governments have repeatedly have spoken regarding India’s non-action taken.
“It is important for the influential community to urge India to guarantee the rights of Indians and religious minorities as part of international advocacy”, said Budi. In ways forward for the Margins.

Mrs. Brinelle D' Souza put forth the pathways to reclaim and assert our rights as Indians grounded on constitution - religious/cultural diversity are to be promoted and resist hatred and discrimination of any form and to have solidarity for and with all. She said, "We must speak against the violation of freedom and rights of Christians, Muslims, any other community, oppressed groups irrespective of caste, belief, sexual orientation, ethnicity, creed ; we must work to strengthen the pillars of democracy and institutions. Be with people who struggle against discrimination, hatred, religious violence, subjugation, and exploitation. Defend the rights of the constitution for all. Work for genuine dialogue for plurality, social justice, inclusion, diversity".

Mrs. Noojehan commented saying, "we are living in 90-year of agenda of Hindu Nationalism. Impunity of killing, lynching goes on. We are living in a post-ghettoize scenario. More attacks on our existence". For practical reasons, "we are living in Hindu nationalism. It is damaging the future generation of people, and the youth of all communities. The Hindu nationalism agenda is linked with crony capitalism. The state is giving assets to capitalism along with the heightened communism". The welfare state and socialism is at the brink. All the political parties have politicized religions. Some have done in the name of majority of religion or others in the name of minority. Even after 70 decades of independence, Muslims in India remain backward socioeconomic sectors, she said. 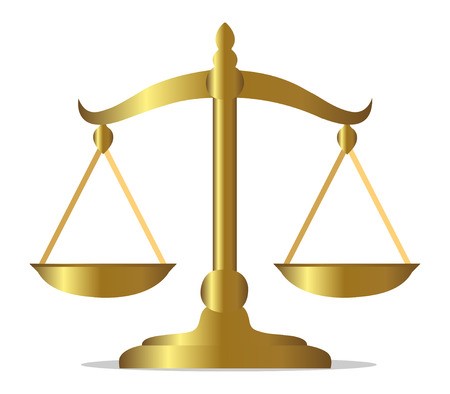