The district has 12 churches:

The priests in charge of the district were :

The first two were thanked for their valuable services and will be replaced in September by the Community (3 Fathers) of La Salette congregation from Madagascar:

N.B. We only gave their first names because their Malagasy names are difficult to write and, even more, to pronounce.

On Sunday the 21st of August, in Le Grand Bornand, we celebrated the farewell Mass for Father François Emmanuel. 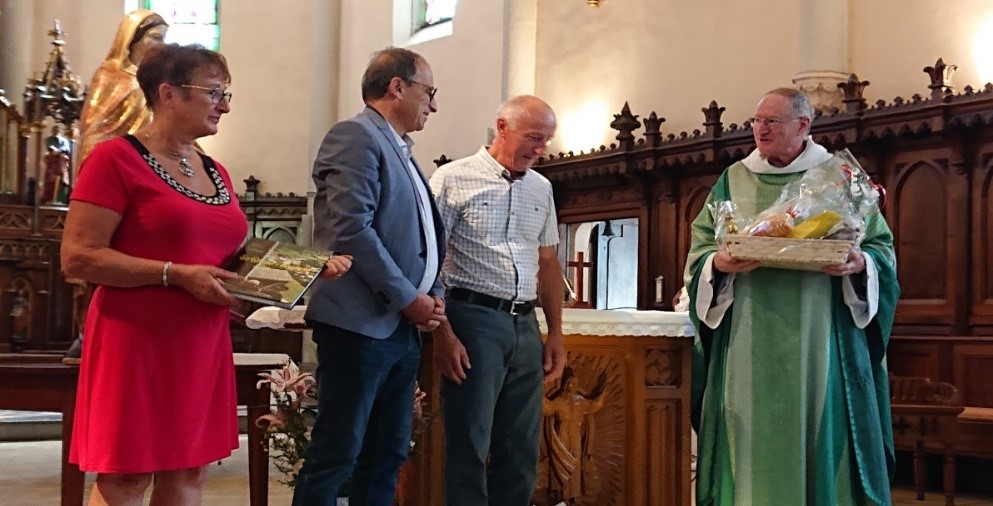 The parishioners of Grand Bornand and Saint Jean de Sixt expressed their special thanks to father François Emmanuel for his beautiful witness and his openess to all, during the year he replaced father André Arnet.

He also expressed his joy for the welcome he had received when he first arrived and for the colaboration with the different villages which was "to enrich each other with the Word of God". (Father François)

He will join his fellow brothers at the monastery of Murat, in the Cantal.

The following Sunday, 28th of August, another Eucharistic celebration and farewell for Father Dominique Brêches was organised in Thônes, following the first one which was celebrated on the mountain of Aulp de Montmin, on the 24th of August, animated by Sainfoins choir and attended by 200 people from the Aravis valley and some tourists. 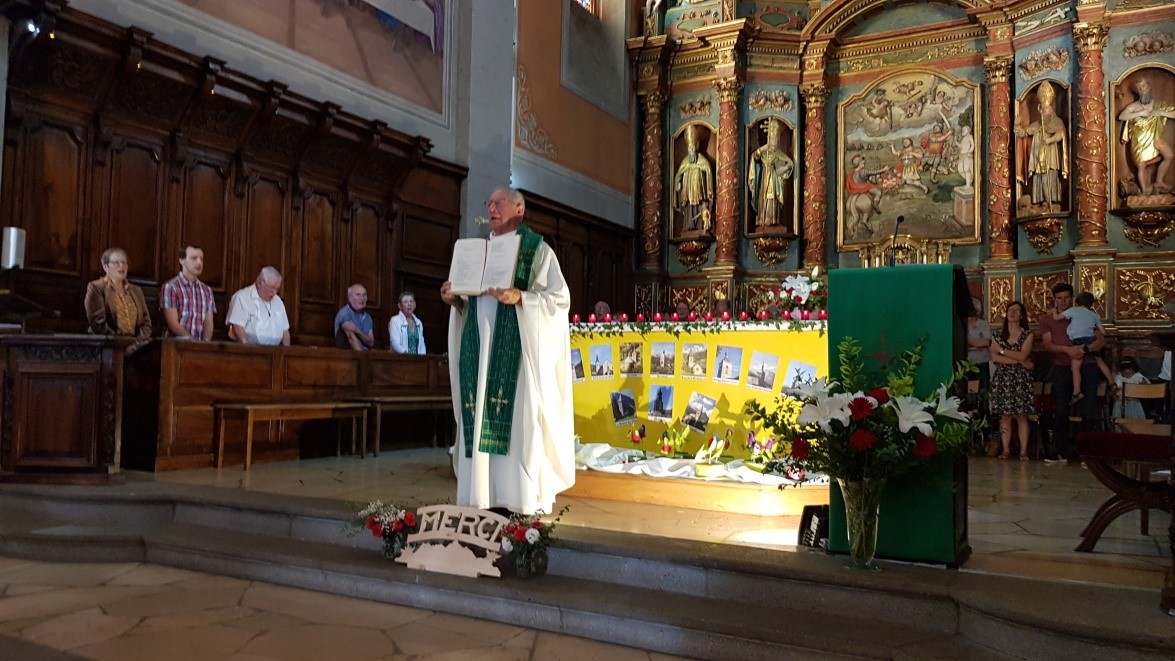 After 18 years of service in the parish, father Dominique was celebrated in many ways:

- The church was artistically decorated: flowers, boards displaying the 12 bells of the churches

- Procession of the children carrying 12 candles

In spite of the strong emotion, the Celebrant put his joyful note in the homily saying : "At every moment of life there is a crossing over to the other Shore."

The following text, chosen by Dominique, could be the spiritual bouquet of these festivities. 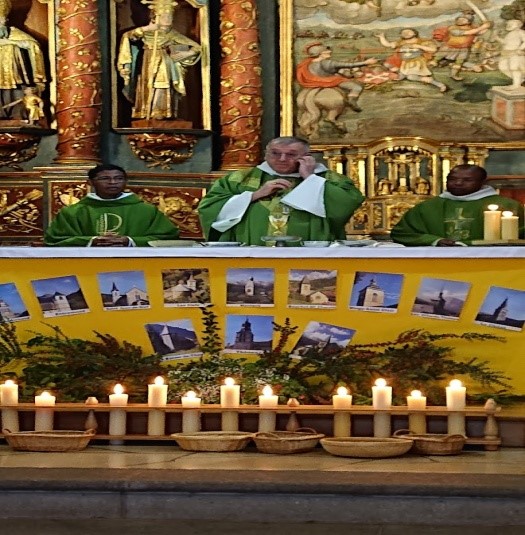 I met her by chance,

Behind a gesture or a look,

In a square or a station

She needs our promises

She suffers when we neglect her

But she understands our weaknesses

I need your friendship

To keep on walking

When we part on the way

It stays there and remembers,

Even if you have changed sides,

Even if you prove me wrong;

I have trembled at her silences,

And I suffered from her absence,

I want to regain her trust,

I need your friendship

Welcome of the new « Pastors »On the 18th of September, the mass was celebrated  in Thônes,  by Bishop Yves Le Saux, the new Bishop of Annecy

Father Joachin, who is the new parish priest, was ordained a Deacon in 2010 in France,and then a Priest in 2011. He has served as an assisatnt parish priest in several parishes. and Father Léonard, assisatnt parsih priest, was ordained a Priest in 2OO4 and served in villages of Madagascar and in the Reunion Island, in Canada and in Grenoble. They were invited by the Bishop to profess solemnly their Faith in front of the assembly and their new parishioners. 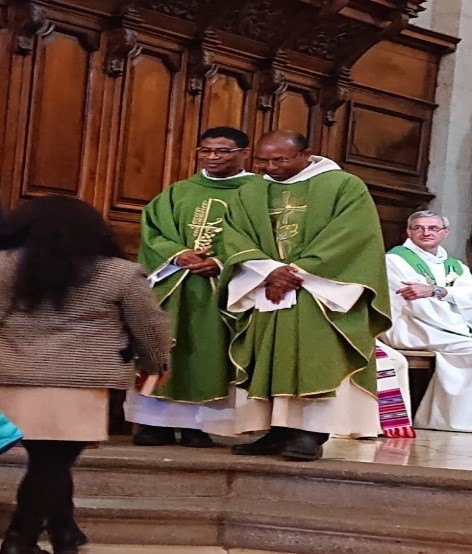 Father Roche Parfait, at present still in Madagascar, is getting ready for his upcoming arrival in France.
In mutual joy we sing: Glory to God!