At the beginning of the year we began to hear news from China that parts of the country were beset by a virus which had been transmitted from animals to humans. Although we were very concerned for all involved, it seemed very removed from what was happening in Wales. When Sisters Breda and Margaret came to the Abbey for the missioning of Sr. Susan and the Provincial Council, no one could foresee what was to unfold in the following months. However, all was to change in March when the seriousness of the situation became very apparent; in the middle of the month, it was decided that Llantarnam Abbey would have to close to visitors and that the Sisters in St. Joseph’s Wing would need to isolate from the rest of the Community. 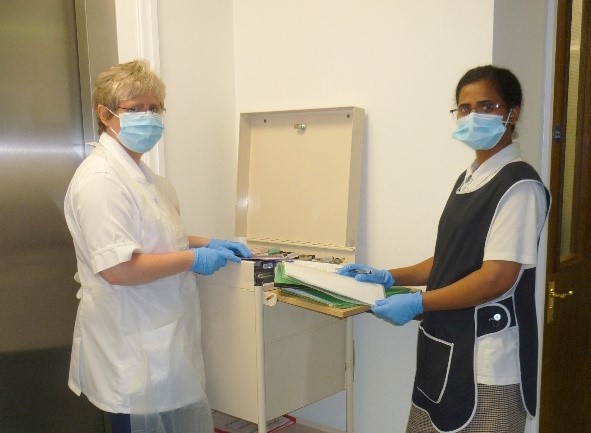 Sr. Elizabeth had arrived from Annecy to make the preached retreat which had been organised and this went ahead but with only two Sisters joining from local communities. Little did she know, but she was to remain part of the Abbey community for several months as it was impossible for her to return to France. It was a pleasure to have her with us and she, with Sisters Punitha and Jessy were able to share their many gifts and talents with us.

When the Bishop who had been giving the retreat left, we knew that we would be without Mass for some time. What we didn’t know was that it would be almost five months before Mass would be celebrated again in our Chapel. However, in the ensuing weeks we became very creative and our Prayer Services reflected the times and seasons as much as possible and were appreciated by all. The Sisters also improved their IT skills in order to benefit from all the live streamed masses and other spiritual resources being provided by the internet.

In the late spring/early summer, we were blessed by beautiful weather and, although we had had to close our grounds to the public, we really appreciated our gardens which seemed to compensate for all the restrictions we were experiencing. Colours and scents seemed more vibrant than in former years and each day we breathed in the good fresh air and appreciated the sounds of birds and insects – unspoiled by the pollution of traffic. The staff did all that they could to take care of us and to keep us safe. Unlike other times in our lives when the Sisters had been the first to go out to look after others, we realised that we were no longer in that position as most of us were in the vulnerable age group and the best thing we could do, was to as were told! Aware of the sufferings of so many throughout the world, we counted our blessings and thanked God for all that we had. 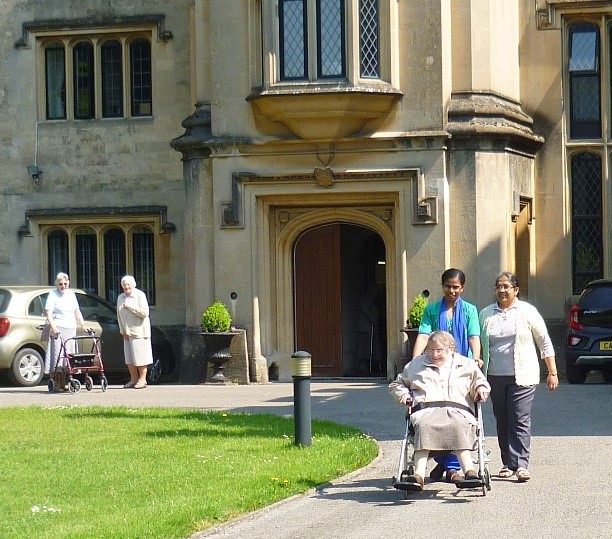 During this period of “lockdown” the community lost four of its valued members: Sr. Maria Angela went peacefully home to God in May, while Sisters Anne Gabrielle and Adrian left us in July. Sr. Mary James, who had been taken seriously ill in September and not expected to live, had made a limited recovery and was enjoying a certain quality of life when God took her to Heaven unexpectedly on the evening of 11th November. May they rest in peace. Their funeral liturgies were very different from what would have normally taken place, but were nonetheless very beautiful. Government guidelines changed during the period and by the time we celebrated Sr. Mary James’ life, we, the community were able to have a Requiem Mass in the Chapel and thirty family members and friends were able to attend a Service at the graveside. In May only ten people, including the celebrant had been present in the cemetery – the rule having changed from five, just the day before. When life returns to some sort of normality, there will be a special memorial Mass to remember each Sister.

As weeks grew into months, we realised that it would not be possible for several events to take place and it was decided to postpone the Province celebration of the two Golden Jubilarians, Sisters Marie de Montfort and Denis Mary, until 2021. However, we did mark the significant jubilees and birthdays of our community members throughout the year and it was good to rejoice together. Very few Sisters were able to go on holiday and those of us who had not made the March retreat, had to make their retreats privately in community. Once again, we had reason to thank God for the beautiful surroundings in which we live and for the generosity of the Sisters who gave us the silence and the space in which to spend the eight days. 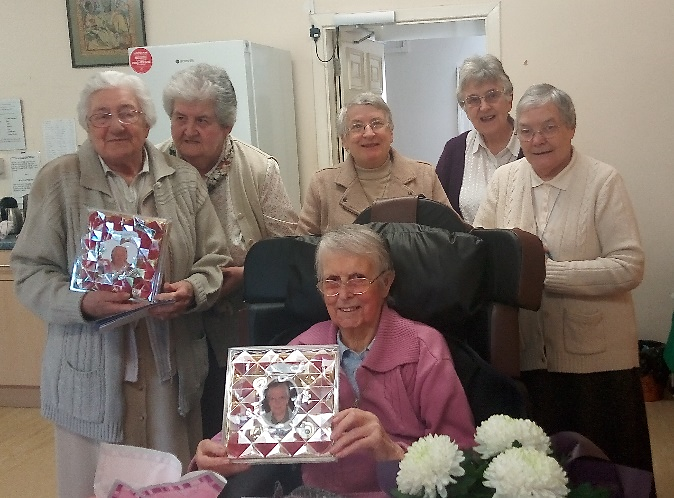 The Province weekend in March had had to be cancelled so planning began early to enable the October meetings to take place virtually. It was wonderful for most Sisters to be able to participate and, although we were not together physically, there was a great sense of unity and excitement as we were able to greet people we had not seen for several months. The Mass celebrated by Fr. Paul Smyth on the Saturday evening in his presbytery in Middlesex, with us as the congregation, participating from so many different places, highlighted this sense of “oneness.” 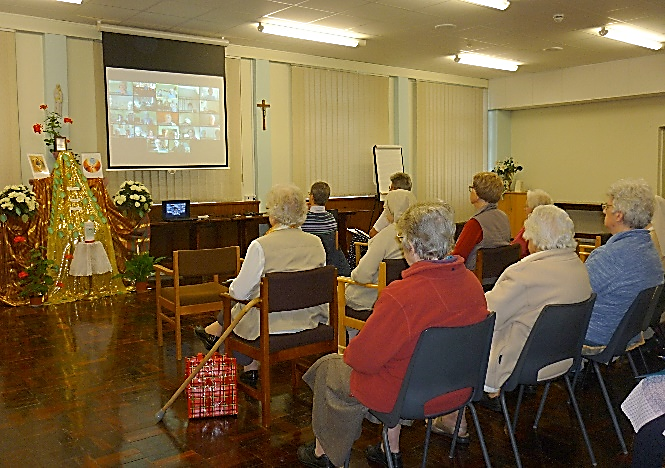 Now, as Christmas approaches, we continue to wash and sanitize our hands, wear our masks when visiting St. Joseph’s Wing or doing necessary shopping, keep our social distance in the chapel and refectory or when talking to staff – hoping that we will keep the dreaded virus at bay. We cannot hug each other in times of sadness or in moments of celebration but we do continue to support and encourage one another throughout each day and Covid 19 cannot stop the smiles and laughter – so badly needed in these dark days of winter in Wales.