I am Sr. Veronica.  I did my nurse training at St Anthony’s Hospital in Surrey, England and gained my SRN Certificate in 1959.  Midwifery training followed at the Bearstead Jewish Hospital, London and South London Hospital qualifying in June 1961.

On completion of midwifery training I joined three other Sisters in our newly-opened Maternity Unit, St. Anne’s, at St. Joseph’s Hospital, Newport.  To this day mothers speak of the wonderful care they had; so much so they didn't want to return home. The cost was £8.50 for eight days which was covered by the Maternity Grant so that any mother could benefit from it.

When St. Anne’s closed in 1974 I obtained a post in charge of the Maternity Unit at The Middlesex Hospital, London.  Several years later I was asked to transfer to Cardiff and from there worked as a community midwife attached to the Heath Hospital.

On retiring from midwifery in 1992 I was asked to go to Fullabantang, Gambia for 4 months; this extended to 7 years.  I was sponsored by APSO Ireland and opened an outdoor clinic and creche followed by health programmes in the villages. My nursing colleagues in Wales sponsored the medicines and in that time thousands of lives must have been saved as Malaria is widespread in that part of Africa. 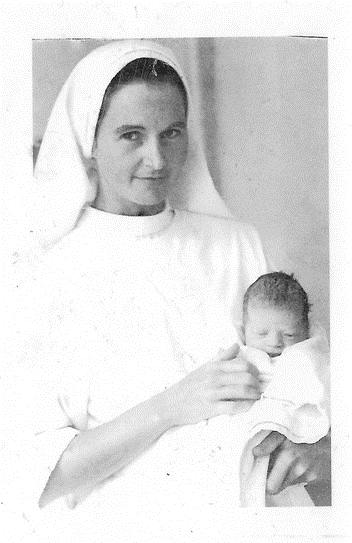 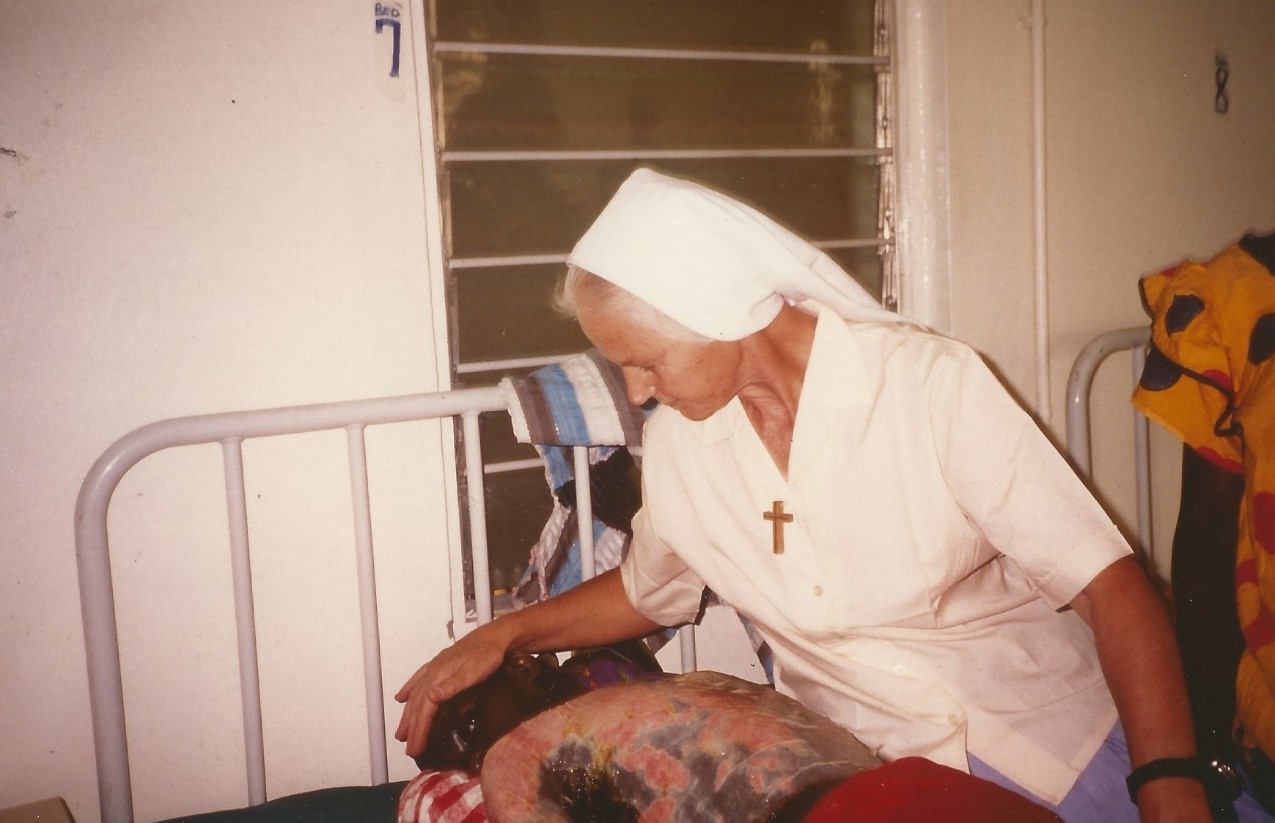 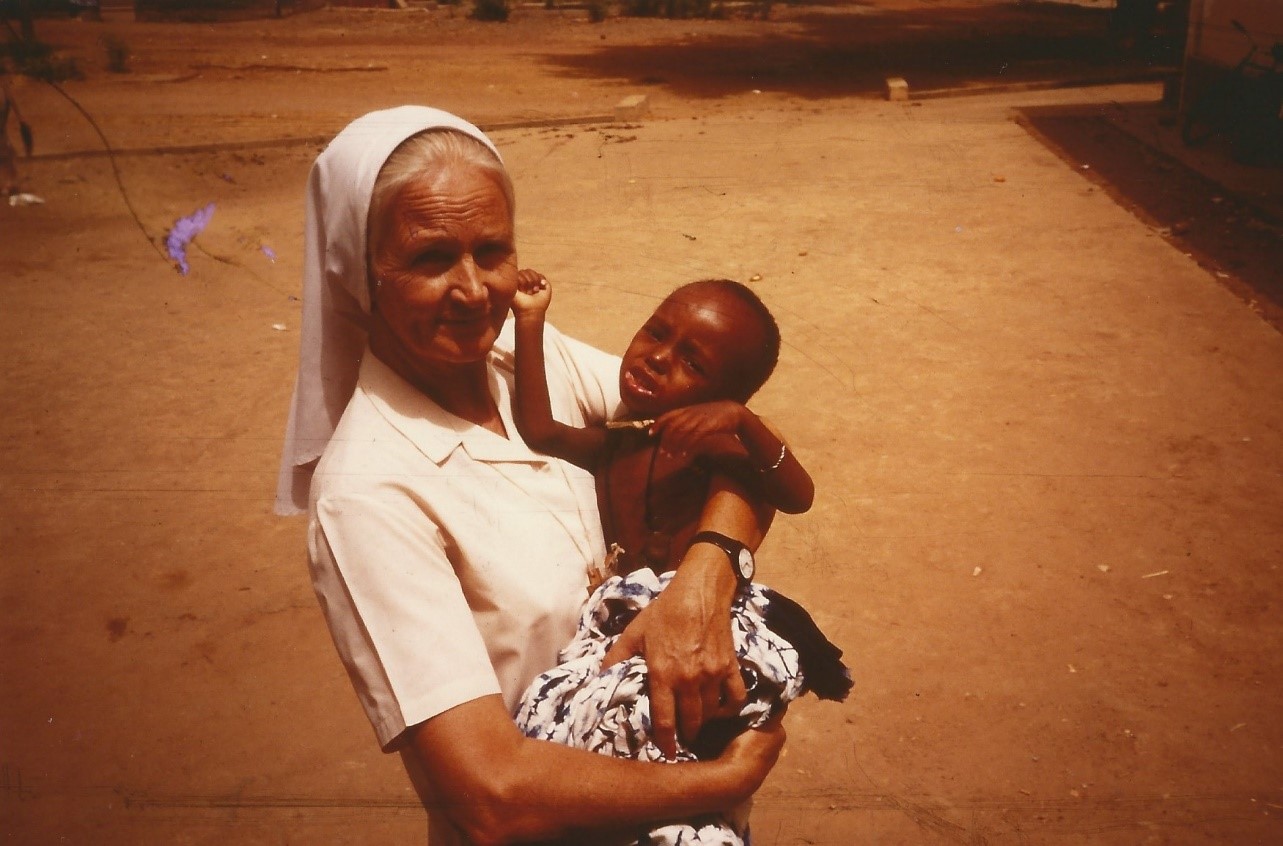